From the Firebird series (detail)

Many films about Artists First have been made over the years. This section shares the latest, along with some of the best from the archive.

Six new films have been made to explore the history and impact of Artists First. Each explores a different aspect of the group through the words of the artists and others who now and have worked with the group. Funded by Heritage Lottery Fund.

The story of how Artists First got started.

Other ways of seeing

An introduction to Artists First. Made by Redweather Films (2018). Funded by Heritage Lottery Fund.

Made by Redweather Films (2018). Funded by Heritage Lottery Fund.

Artists First were set up by and are run by disabled people. Find out in this film about how pioneers such as Artists First have helped make a difference for disabled people in society. Made by Redweather Films (2018). Funded by the Heritage Lottery Fund.

How Artists First have collaborated and worked with others over its 30 year history.

Working with other artists

Artists First have always welcomed other artists to work with them. This films features Artists First and James Lake to show how important these collaborations are.

Outside Door Gallery was the first gallery to exhibit Artists First and this led to the group growing in confidence and meeting other artists. This television film shows the artists and gallery getting ready for an exhibition at the gallery. Made in 1988 for HTV (now ITV West and Wales).

In 2000, Freedom a series of 6 six television films were made about different aspects of art+power's work. Artists First were part of art+power at the time. This River Winding is an experimental, animated film, from from visual artwork, poetry and live action. The film was produced with Nick Kemp, multimedia artist, at Picture This Moving Image.  Made by Redweather Films for HTV (2000). 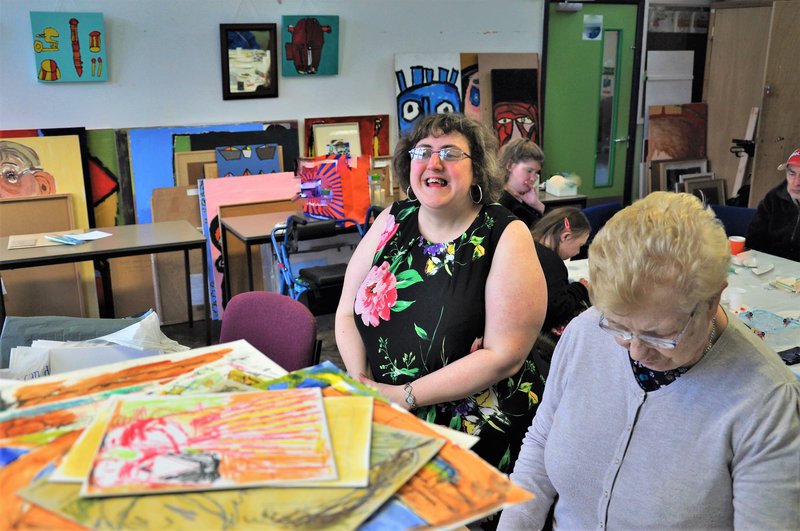 In the next year we want to have more exhibitions and reach more people. Your donation will help us achieve this.

Some of our most popular artwork is available as prints.

Sign up and follow us to be the first to hear about our exhibitions and new projects.

Artists First is also supported by donations and the sale of work.